Raking up the issue of black money stashed away by Indians in tax havens abroad, Advani said if the government pursued this matter and got back the money, it could be used for country's development.

"Lakhs and crores of rupees of India are kept in foreign countries. If we pursue the matter, there will be no difficulty in the progress of the country -- in taking the country to the first position in the world," he said at a rally before filing his nomination papers.

He said, "People in a village in Germany used to deposit money in Lichtelstein. German government later pressurised the bank to disclose their names. German Finance Minister later said that if any country asks for the name of its account holders it can be given."

"After this I wrote a letter to Prime Minister Manmohan Singh but received only a formal reply," he said.

After the financial crisis, America pressurised the tax havens to disclose the names of US citizens whose money was lying in the bank and threatened to de-recognise major banks if not done so. I have again raised the issue," he said.

Advani also promised to make "the 21st century, the century of India" if his party was voted to power.

"Our target is to get India the first position in all the countries of the world," he added addressing a gathering in his constituency.

Claiming that BJP and BJP led governments in Gujarat, Chhattishgarh, Himachal Pradesh, Bihar and others have done a better job than governments of the other parties, Advani said the country needs a government (at the Centre), which has served people of India.

He asked people to compare the rule of BJP with that of others.

Advani also lauded Gujrat Chief Minister Narendra Modi saying, "I give my special thanks to Narenda Modi. If I am on the top, it's due to people like Narendra Bhai, who have laid this foundation." 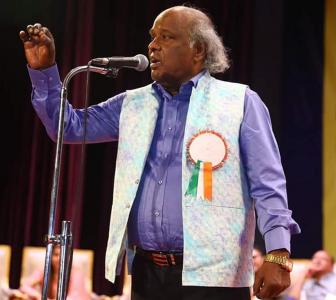