Left often on wrong side of history: PM

After L K Advani, it is the Left's turn to feel the Prime Minister's wrath.

Needling the Communists in their bastion, Prime Minister Manmohan Singh today said the Left parties have often been on the "wrong side" of history by refusing to participate in the Quit India movement, Green and IT revolutions and to back the nuclear deal with the US.

In a veiled attack on the coming together of parties in the Third Front led by the Left, he asked the people to choose between the stability of the Congress and the coalition of parties which have come together only by the "glue of government" in which there is a continuous struggle for power.

"The Left that rules the state has unfortunately often been on the wrong side of history. When Mahatma Gandhi started Quit India movement the Left did not participate in it. When India became Independent, they said this independence is not for real," he said, addressing an election meeting in Kochi, the first after his recovery from the heart bypass surgery.

"When our government started nuclear deal with the US to end India's nuclear isolation and to provide the much-needed energy for development, the Left opposed and walked out of our government. Time will prove the wisdom of our decision," the prime minister said.

The prime minister said the people of Kerala would choose the Congress candidates with a thumping majority and not
support those who play on the emotions for narrow partisan political ends.

He said the Left Front or the so called Third Front can never form a government at the Centre. They can only divide
secular votes which will help the BJP.

The Left Front has been using ideology as a cover for opportunity and the people of Kerala will recognise this hypocrisy, he said.

Singh launched a scathing attack on the Left Front in Kerala contending that the "unfriendly" policies of the state government have kept people away from development.

He accused the Left Front government of "squandering and wasting" opportunities for development by pursuing "restrictive policies" and suggested that several districts bordering Kerala have emerged as investment destinations.

Why districts bordering Kerala are seen as investment destinations and why have Kanyakumari, Coimbatore and
Mangalore have become boom towns, Singh wondered.

Singh claimed that the Left Front had even tried to obstruct development efforts of the government at the Centre and Kerala was the only state where projects to build highways was facing stiff opposition.

Singh said that the unfriendly investment climate and "restrictive" policies of the state have been obstructing investments in the state.

"The approach of the LDF government is not favourable to investments," the prime minister said adding that the youth of
Kerala have not given their due.

Parl passes bill to cut salaries of MPs by 30% 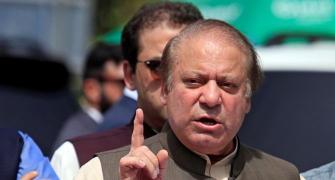 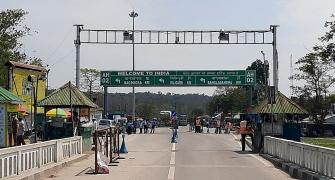 'China will be taught a lesson' 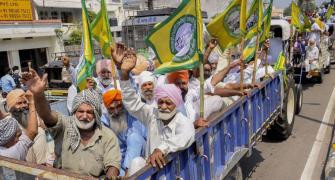