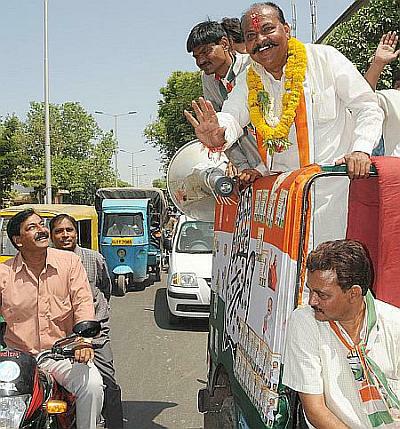 Two-term Congress MLA Suresh Patel is pulling out all stops to force a major upset in the lok Sabha elections. He is taking on BJP's prime ministerial candidate L K Advani in Gandhinagar constituency.

Patel is an MLA from Kalol assembly segment, which falls under the Gandhinagar constituency.

According to senior Congress leaders, Patel is a local and will give Advani a run for his money.

Noted dancer Mallika Sarabhai is also contesting from the seat as an Independent candidate.

Advani has been representing the seat since 1991 and the seat is considered his pocket borough in the Narendra Modi-ruled state.