India is home to the largest number of poor in the world, but the 543 Members of Parliament, who have been elected to the Lok Sabha, have a combined asset of Rs 3,075 crore. In a nation where over 28 crore people live below poverty line, the average asset of the MPs elected to the Lower House of Parliament works out to be over Rs five crore.

According to United Nation's estimates, 80 per cent of Indians live on less Rs 100 a day.

Interestingly, the total asset size of the new MPs makes their congregation more valuable than a vast majority of the public companies in the country. There are close to 4,700 listed companies in India, out of which just about 150 companies have a market valuation of more than Rs 3,000 crore.

There are an estimated 300 MPs with assets worth Rs one crore or more in the new Lok Sabha, which is nearly double from the 154 in the 14th Lok Sabha. Telugu Desam Party's Namma Nageswara Rao, who has won the election from Khammam in Andhra Pradesh, leads the tally of MPs with assets worth about Rs 174 crore, followed by Congress leader and industrialist Naveen Jindal (Rs 131.07 crore). Jindal has won the election from Kurukshetra in Haryana for the second time.

In terms of parties, Congress has as many as 138 crorepati MPs, followed by Bharatiya Janata Party's 58, Samajwadi Party's 14 and Bahujan Samaj Party's 13. Besides, there are 11 from Dravida Munnettra Kazhagam, nine from Shiv Sena, eight from the Janata Dal - United, seven from NCP and six each from Biju Janata Dal and Trinamool Congress. 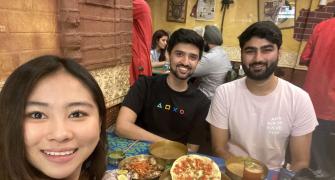 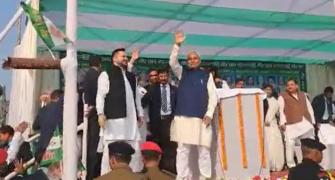