Source: PTI
May 17, 2009 16:47 IST
The celebrations might have begun in the Congress camp over its spectacular performance in the Lok Sabha elections, but a section in the party is already working out the reasons and possible change in strategy in five states where the results were below expectation.

Sources said Congress' performance in Karnataka, Chhattisgarh, Gujarat, Jharkhand and Orissa was below expectation and hence the party would now focus on these states to get a clear majority in the 2014 Lok Sabha polls and the assembly elections.

"Orissa was very much below expectation along with Chhattisgarh and Jharkhand. The BJP (Bharatiya Janata Party) has dug its feet deeper into Gujarat and Karnataka which is a matter of concern. We have to rework our strategy on a priority basis in the states not only for the 2014 general elections but also for the assembly elections," the sources said.

They said the party, which won 21 seats in Uttar Pradesh, is already in a revival mode and the focus would be to make the party machinery stronger in the state.

Pointing to the strategy adopted by the Congress to garner votes, the sources said, "The strategy was similar to what we had in 2004. Our entire campaign in terms of advertisements was limited to vernacular media and region- specific channels. Rather than wasting space and time attacking the Opposition, we were concentrating to highlight the work done by the UPA (United Progressive Alliance) government."

Giving reasons for the party's stunning performance in UP, the sources said Rahul Gandhi's extensive campaigning helped the party in the state.

Though the party had highlighted a number of schemes taken up by UPA, when asked to point out one particular scheme which made a difference, they said, "NREGA (National Rural Employment Guarantee Act) was an important scheme which reached out to the poor besides the multi-crore farmer's loan waiver scheme." 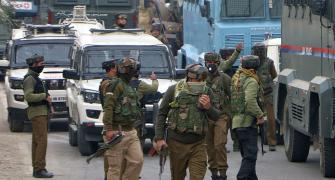 A vote for a new dawn