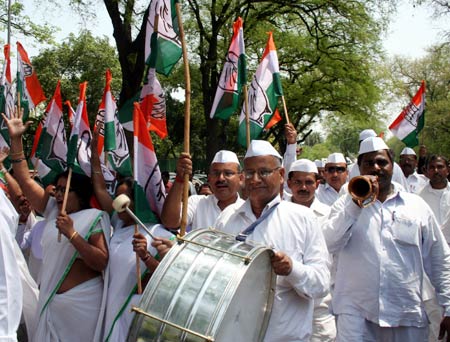 Jubilant Congress supporters on Saturday erupted into celebrations as initial trends showed the party leading in the seat tally across the country.

The Congress headquarters in New Delhi wore a festive look with party workers carrying flowers and dancing to the music of dhols. 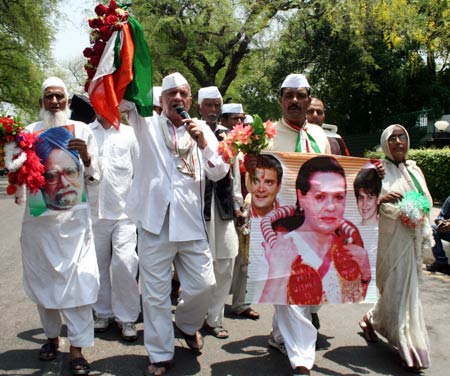 Many of the supporters of the party sang Jai Ho, the Oscar-winning number by A R Rahman, which the Congress had used as the theme of its poll campaign.

In a striking contrast, the Bharatiya Janata Party's headquarters at 24 Akbar road was bereft of any such activity with only senior leaders like Prakash Javadekar, Balbir Punj and Najma Heptullah at the office. 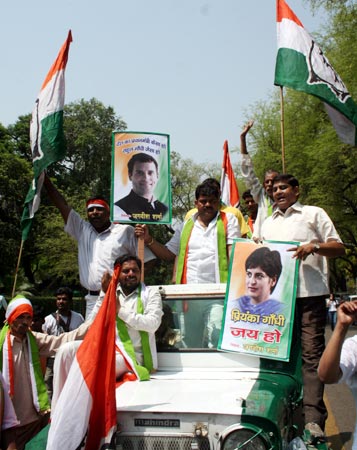 The Congress workers have also set up a havan with the photograph of the party's star campaigner Rahul Gandhi next to it.

A large cutout of India has been installed outside the residence of Congress president Sonia Gandhi at 10 Janpath as party workers burst crackers to celebrate. 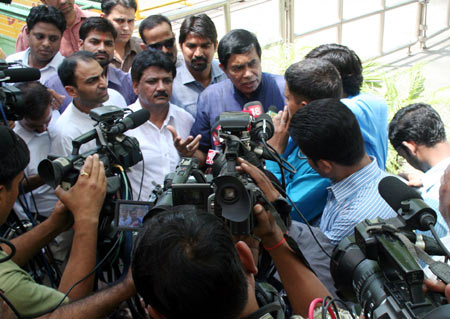 While the BJP office started its day on an usual note with party spokesperson Prakash Javadekar meeting the media, at the Congress headquarters, party leaders B K Hariprasad, Oscar Fernandes and Jairam Ramesh were seen holding fort. 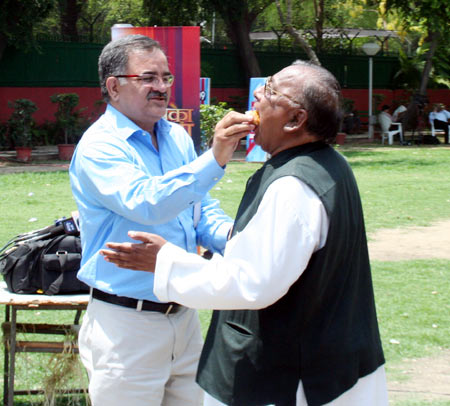 Congress workers at the party headquarters were seen glued to the news channels and exchanging SMSs to share polls results.

"I am sending a SMS to know the update from our leader who is at the counting station. We are regularly in touch through mobile to inform each other about the latest results," said Raju, a party worker from Uttar Pradesh. "We are happy with the trends in UP. It seems that the people have shown their faith in the Congress and expressed dissatisfaction over the ruling Bahujan Samajwadi Party," a senior Congress leader said. 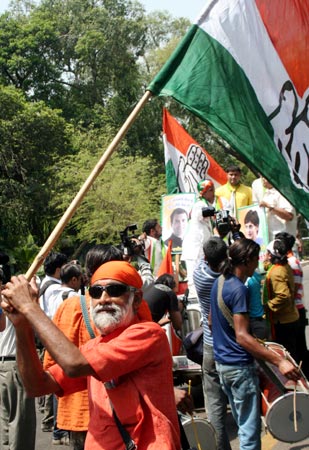 The Congress has reiterated that Manmohan Singh will head the next government at the Centre.