A slipper was on Thursday lobbed at Bharatiya Janata Party leader L K Advani by a former functionary of the saffron party during a public meeting in Katni in Madhya Pradesh, the latest in the series of such episodes involving political leaders, but it did not hit him.

The slipper was hurled by former Katni district president of BJP Pawas Agarwal, who allegedly was aggrieved at the party leadership for being "removed from his post due to groupism within the party," police said.

He threw the slipper shortly after Advani reached the dais, they said.

Soon after the incident, he was taken to the rear of the stage and then whisked away by the police.

The incident comes close on the heels of a journalist throwing a shoe at Home Minister P Chidambaram during a press conference in New Delhi and a retired school headmaster lobbing a footwear at Congress candidate in Kurukshetra Navin Jindal during a poll rally.

Pentagon reopens after lockdown due to shooting nearby

Parl panel to visit J-K and Ladakh from Aug 17 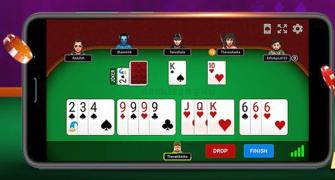 HC strikes down ban on online gaming of rummy, poker