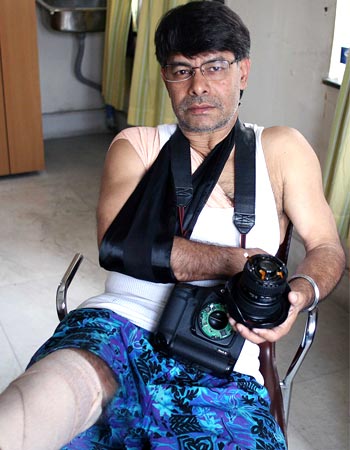 Bishnupur, Bengal-born Mandal, a New York-based photographer, was taking pictures of a meeting convened by the Bharatiya Janata Party candidate from Tamluk, Rajyashree Chowdhury, when he was attacked.

The mob beat him up, smashed his cameras and took away his camera cards. Nandigram is part of the Tamluk Lok Sabha constituency.

Mandal, who was hurt in the attack, is now recovering from his injuries.

Images: An injured Jay Mandal with his damaged camera. 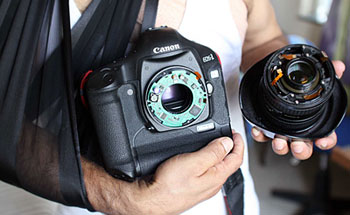 More batches of farmers from Punjab head for Delhi

PM exhorts youth to beat 'network of lies' on vaccine

No sexual assault without 'skin to skin' contact: HC

Trinamul hopes for Nandigram pay off