Speakers of the Lok Sabha 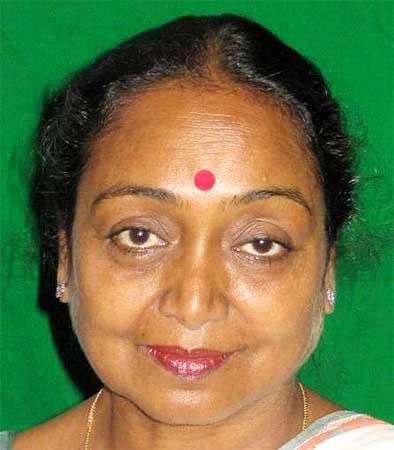 Five-term Lok Sabha Member of Parliament Meira Kumar is set to the first woman Speaker of the Lok Sabha after she emerged as the consensus candidate of the ruling United Progressive Alliance and the Opposition Bharatiya Janata Party.

Kumar, who is the daughter of late Congress stalwart Jagjivan Ram, won from Sasaram in Bihar. She quit the Indian Foreign Service in 1985 to join politics.

Read on for a look at the past occupants of this exalted office and their unique achievements. 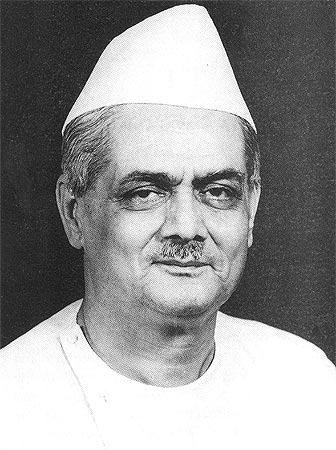 Ganesh Vasudev Mavalankar, popularly known as Dadasaheb was called the Father of the Lok Sabha.

Mavalankar, a member of the Indian National Congress was the Lok Sabha's first Speaker from May 15, 1952 till February 27, 1956.

Mavalankar designed the rules, practices, procedures and conventions necessary for the smooth functioning of Parliament. It was no surprise that Prime Minister Jawaharlal Nehru proposed his name for the post of Speaker.

Mavalankar's tenure as Speaker was the most fruitful one for the evolution of parliamentary procedures in India. He introduced several new rules and procedures and modified existing rules to suit the new conditions.

On his initiative, the 'Question Hour' in its modern sense of the term became a regular and meaningful feature of Parliament. Devices like Short Notice Questions and Half-an-Hour Discussions were introduced as means to elicit information from the government and make it truly accountable to Parliament.

Mavalankar passed away, while still in office, on Februarary 27, 1956. 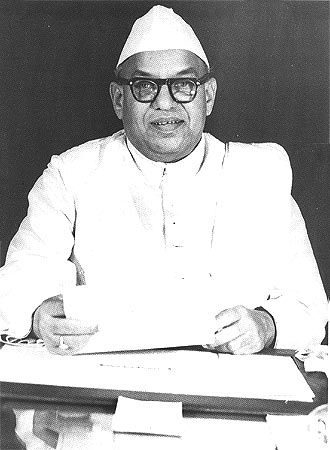 Madabhooshi Ananthasayanam Ayyangar was the first Deputy Speaker of the Lok Sabha.

During 1950-52, Ayyangar continued to be the Deputy Speaker of the Provisional Parliament.When the first Lok Sabha was constituted in 1952, Ayyangar was the unanimous choice to be its Deputy Speaker. He took over as Speaker after Malvankar's death. 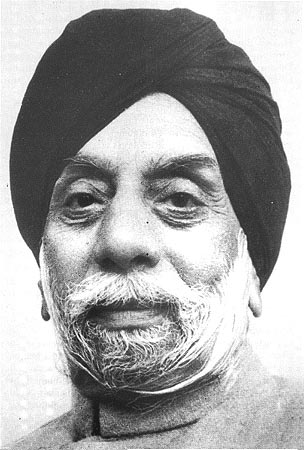 As Speaker, Hukam Singh was convinced of the importance of the rules and conventions in ensuring a smooth functioning of the House. He had a progressive bend of mind and was always in search of methods and devices to improve the effectiveness of the House.

During his Speakership, for the first time in the history of the Lok Sabha, a motion of no-confidence against the council of ministers was admitted and discussed in August 1963. 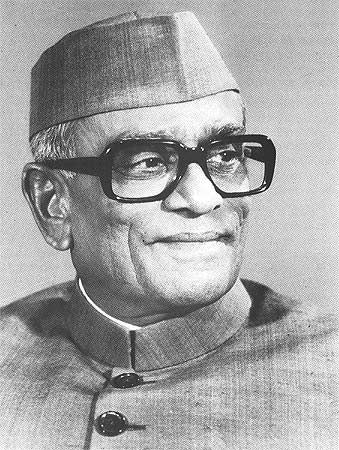 Neelam Sanjiva Reddy is the only Speaker since Independence who after assuming the office of Speaker formally resigned from his political party. He also had the distinction of being the only Speaker who was later unanimously elected as the President of the Republic.

During Reddy's tenure, many significant rulings were given and conventions laid down which have enriched the parliamentary traditions and practices. Reddy, for the first time, allowed a no-confidence motion to be taken up for discussion on the same day when the President addressed both the Houses, He believed that urgent matters should not be delayed by taking recourse to traditions and precedents.

On July 19, 1969, Reddy resigned as Speaker to contest the Presidential election which he lost by a narrow margin. After a period of voluntary exile from politics, Reddy was back in the sixth Lok Sabha. On March 26, 1977, he was unanimously elected the Speaker again. However, this time too, he could not complete his full term as after serving for four months, he again resigned to file nomination papers for the Presidential election. Reddy was elected President on July 25, 1977. 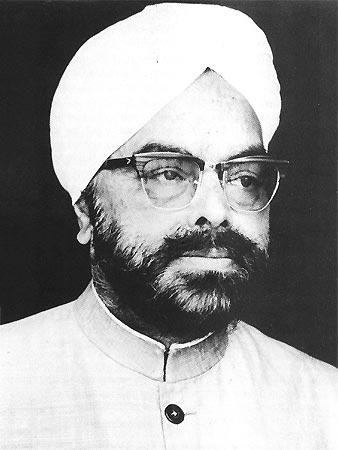 Gurdial Singh Dhillon was elected to the fourth Lok Sabha in 1967 on a Congress ticket from the Taran Taran parliamentary constituency in Punjab.

Dhillon resigned as Speaker on December 1, 1975 and was sworn in the same day as the minister of shipping and transport in the Union Cabinet. 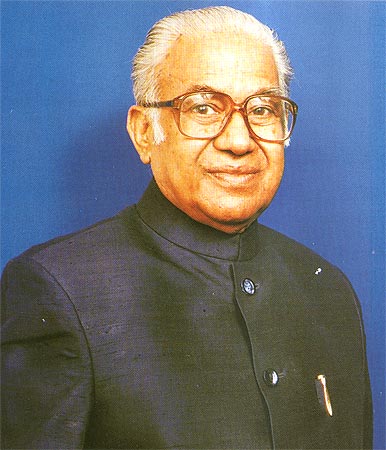 One who laid stress on discipline and decorum, Bhagat was a sticker for parliamentary traditions and propriety. Bhagat held a range of ministerial portfolios before he became Speaker. 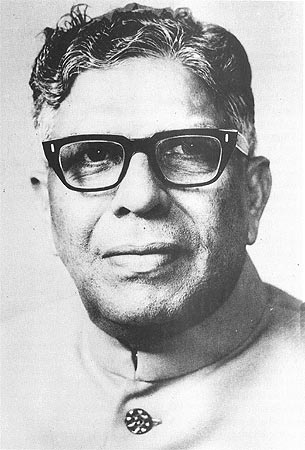 Kawdoor Sadananda Hegde's election as the Speaker of the sixth Lok Sabha was unprecedented in the sense that he was chosen to occupy the office in his very first term as a member of the Lok Sabha.

On July 21, 1977, Hegde was elected to the office of the Speaker following the resignation of Dr Neelam Sanjiva Reddy to contest the presidential election. Hegde was the first non-Congress MP to hold this post.

Hegde was convinced that the effectiveness of the House could be improved only when members maintained decorum and discipline and observed the rules scrupulously. 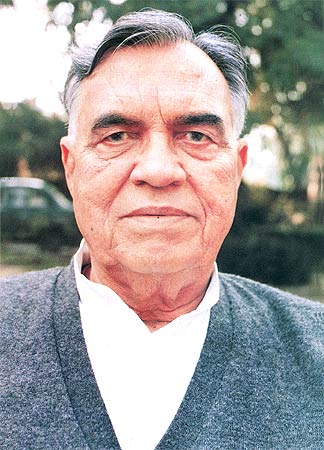 The manner in which Jakhar conducted the proceedings of the seventh Lok Sabha earned appreciation from all quarters and endeared him to all sections of the House. Therefore, on his re-election to the Lok Sabha in December 1984, this time from the Sikar parliamentary constituency of Rajasthan, he was the natural choice to preside over the new House. On January 16, 1985, he was re-elected, once again unanimously, to be the Speaker of the eighth Lok Sabha.

It was also during his tenure that the Anti-Defection Law which provided for disqualification of members on grounds of defection was enacted by Parliament in 1985. 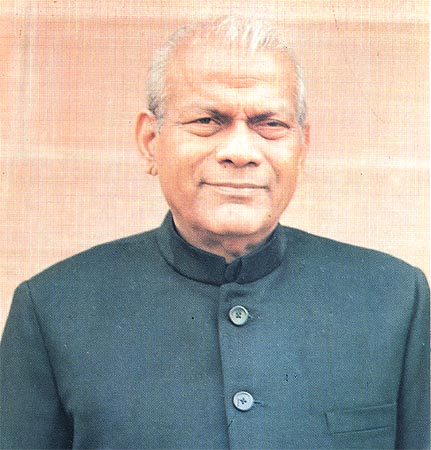 Rabi Ray was unanimously elected as the Speaker of the ninth Lok Sabha on December 19, 1989.Fully conscious of the onerous responsibility and impartiality of the high office, Ray assured members that so long as he was the Speaker; he would remain above party politics and would be fair to all.

One of the most important and far-reaching decisions, which Speaker Ray took related to the issue of disqualification of some of the members from the membership of the Lok Sabha following a split in the Janata Dal.

During his tenure, Ray introduced certain changes in the practices and procedures of the House so as to provide more and more opportunities to the members for raising matters of urgent public importance. The 'Zero Hour', though not recognised in the Rules of Procedure, has always been used by members to raise issues and draw the attention of the House on matters of urgent public importance. Ray innovated an institutional arrangement to regulate the proceedings during the 'Zero Hour' for the better utilisation of the time of the House. 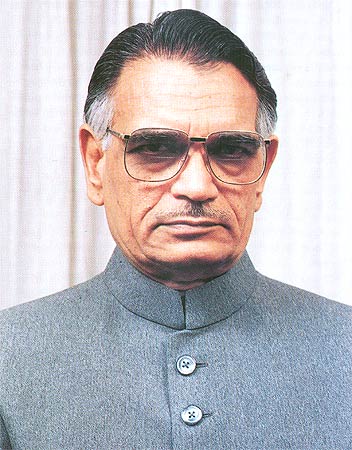 Shivraj Patil was Deputy Speaker in the ninth Lok Sabha, In 1991, when the Congress again formed the government, Patil was the natural choice for Speaker and was unanimously elected to the post in the tenth Lok Sabha.

During his Speakership, history was created when the Lok Sabha discussed and subsequently negatived the first ever motion for the impeachment of a sitting Judge of the Supreme Court.

In 1993, Patil gave an important decision under the Tenth Schedule to the Constitution regarding matters arising out of the petitions for disqualification against as many as 29 members.

Patil gave a new thrust to the ongoing computerisation and modernisation efforts of the institutional arrangements of the Lok Sabha Secretariat, particularly the computerisation of the information service to the members of Parliament.

He is largely known for introducing the 'The Outstanding Parliamentarian Award' in 1995. 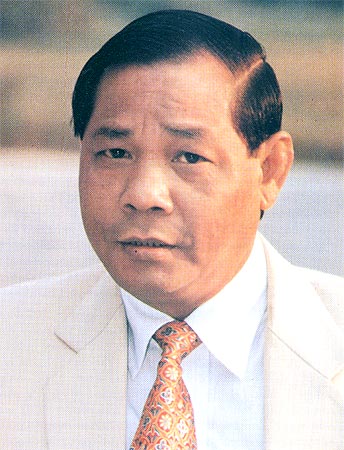 Purno Agitok Sangma was elected to the Lok Sabha for the fifth time from the Tura constituency in the 1996 elections. On May 23, 1996, he was unanimously elected the Speaker of the eleventh Lok Sabha with universal support cutting across all political parties. In half a century of Indian parliamentary history, he was the first member from the Opposition to hold the office of the Speaker.

A major initiative taken by Speaker Sangma was the convening of a Special Session of both the Houses of Parliament from August 26 to September 1, 1997 as part of the Golden Jubilee Celebrations of India's Independence. The Session took stock of the achievements and also set a National Agenda for the future. 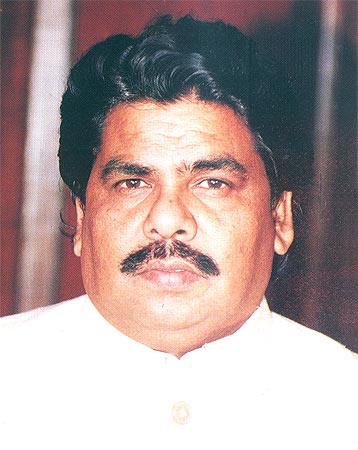 Ganti Mohana Chandra Balayogi was elected Speaker on March 24, 1998 at one of the critical junctures in the  country's political history. Balayogi was the youngest till date to occupy the office of Speaker.

The election of Balayogi as Speaker was, indeed, a precedent setting event in many respects. It was for the first time in the history of free India that a Dalit leader had been elected to the Chair. It was also for the first time that a member belonging to a regional party (Telugu Desam Party) became Speaker of Lok Sabha.

Balayogi believed that professional training of lawmakers was one of the surest ways of upgrading the standards of legislators and parliamentary and legislative business. 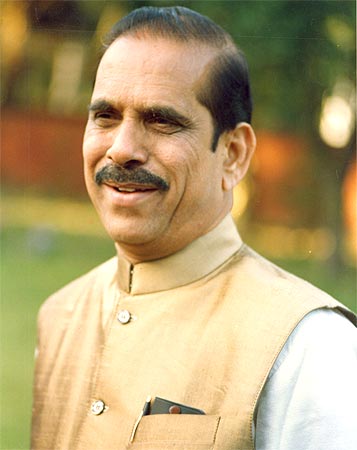 Manohar Joshi suceeded Balayaogi as Speaker of the thirteenth Lok Sabha. On May 10, 2002, then Prime Minister Atal Bihari Vajpayee himself moved the motion seeking the election of Joshi as the new Speaker of the Lok Sabha.

Joshi displayed a unique approach to parliamentary reforms. He stated that frequent forced adjournments, besides leading to wastage of the precious time of the House, tended to lower its dignity. He emphasised the need to take up more Starred Questions for oral answers in the House. He also facilitated a more purposeful `Zero Hour' by allowing members to raise only matters of emergent national and international importance.

He emphasised that matters relating to individual constituencies could be raised by members under Rule 377 so that there could be a more positive and meaningful utilisation of the `Zero Hour'. 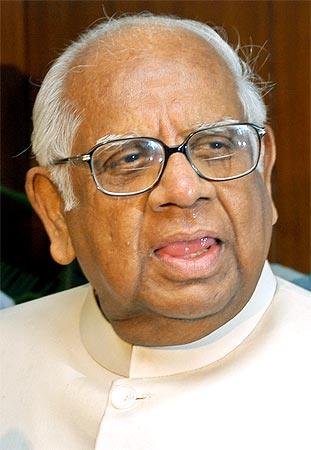 Somnath Chatterjee was the Speaker of the fourteenth Lok Sabha. Chatterjee has been a 10-time member of the Lok Sabha. He was the first member of a Left party to become the Speaker. Chatterjee courted controversy, when his party, the Communist Party of India-Marxist, included his name in a list of MPs, who were supposed to have withdrawn their support to the United Progressive government. Chatterjee opposed this and was subsequently expelled from the party.

He has since advocated that the Speaker should resign from their party to maintain neutrality.

In 1996, Chatterjee won the Outstanding Parliamentarian Award. Chatterjee also presided over the controversial trust vote in 2008, which saw three BJP MPs flash wads of money in the Lok Sabha. Chatterjee described this as the worst day of his parliamentary career.